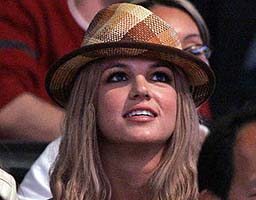 The word is that Britney Spears and her mom are probably feuding and a friend of the family tells People magazine that the rift has left Lynne Spears “brokenhearted.” This is not something which could surprise us.

The pop star mother has “cried her heart out.” and she says she wants her daughter to feel comfortable bringing her kids over to her house. That is where their problem is. Strange you could think that they have worse problems.

The Photographers caught Spears giving her mother some legal papers, which left her mom looking shocked. TMZ.com says the papers ask Lynne to stay away from Britney’s kids if she’s taking any meds that might cause her to be impaired. This somewhat makes it more of a mistery but it is bound to make the headlines.

It is nice to notice what a careful mother Britney is and how she wants to remove any bad influence from her children. She could be a model for other moms. The choreographer had told People that Spears was planning to be on stage. But the tour producer says he never heard from Spears’ people.