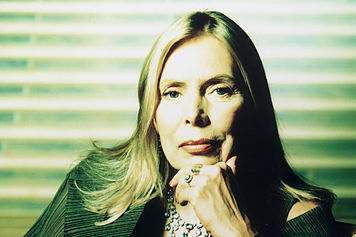 A week ago  Music Week editor Matt Talbot hinted us at the next Hear Music signing, a Starbucks label, after he stated: “I’m absolutely sworn to secrecy. But it is another big-name artist — one of the all-time great female artists which will, I think, reaffirm what Hear Music is all about.” Today, however, all the rumors and speculation that were up and about as a result of the above statement, have been made clear after [tag]Joni Mitchell[/tag] was announced as Hear Music’s latest artists. Joni is the second artists affiliated with the Starbucks label, after Sir [tag]Paul McCartney[/tag]’s Memory Almost Full  sold 447,000 copies, 45 percent of them in Starbucks stores.

Joni’s next album, “Shine”, will be her first since 1998, landing in record store and a coffee shop next your on September 25. She describes her upcoming LP “as serious a work as I’ve ever done.” Hear Music are just getting started with one more signing promised for this year and a whooping 8 more top artists next year in 2008. I guess coffee junkies really love music.