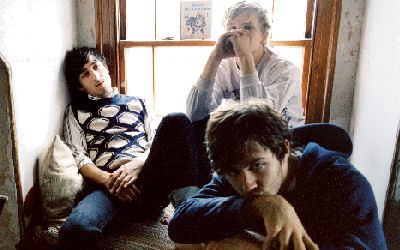 Brooklyn based indie quartet [tag]Grizzly Bear[/tag] will embark soon on a tour, in which they will roar their way through a series of gigs, spanning across the icy plains of North America. Joining them will be the likes of [tag]Feist[/tag] and [tag]Dearhunter[/tag].  If you mist their recent awesome performance at this years Pitchfork festival, then you still have a chance to hear them live on the following dates and venues: