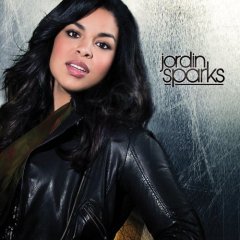 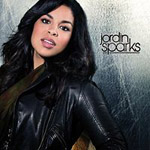 The girl won American Idol when it was obvious that there were better singers than her. But she has personality and she is very young at 17 and her talent could grow and turn into something very good. This release is not at her highest level as she could do better but it is interesting and in fact it is good work.The track she sang best during the contest was probably Bassey’s classic “I (Who Have Nothing)”. Listening to her theatric way of singing and hearing those high notes showed that she had what it takes. But this release just shows glimmers of what she can do. She gives just enough power to let you understand that she is able of singing without trying very hard to do it.

Tracks which stand out are Tatto, Now You Tell Me, God Loves Ugly, Permmanet Monday. But there is something very bad with it. It sounds just as you would take a random and average beat and make the girl sing to it. Just does not sound good. You can take any girl and work with her voice and she is going to be able to sing pop. But this girl has an outstanding voice and to limit her to this kind of music is just mean. It is talent in wrong hands. But they did something good. The first single “Tattoo” is done by the same producers who gave Beyonce her smash “Irreplaceable.” It carries the same: acoustic guitar and drums.

This release is for teens and it should be as it is sang by her. But the duet with Chris Brown “No Air.” is very fine to listen to for a parent and for a kid. What remains and is probably going to remain is the image she wants to make herself. The cover with a girl who looks good and wears clothes is something just hard to see in these times.