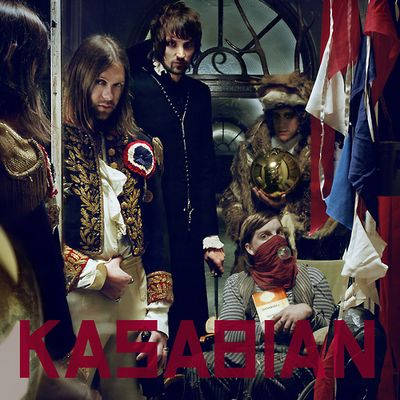 When one of rock’s popular young pretenders attempt a concept album inspired by LSD-infused 60s psychedelia in 2009, it is difficult to know whether to commend British exports Kasabian or rip them apart.

Upon a first spin of West Ryder Pauper Lunatic Asylum, one thing is for sure – this is not going to be 12 tracks of versions of ‘LSF’- although this is undoubtedly what many record- buying fans and critics alike have come to expect from the Leicester lads at this stage. In fact, much of what Kasabian made their name from doing is removed from this album and in its place is co-producer Sergio Pizzorno’s creative licence gone into overdrive.

Onto the songs – Kasabian ease their listeners in gently instead of going for the all-out attack by placing the already familiar ‘Underdog’ as opener. The first track sticks to the band’s finely tuned sound of previous records, complete with beats, singalong melody and Tom Meighan’s whining vocals. However, where Kasabian really excel on this record is on the more unconventional numbers such as ‘Secret Alphabet’ which has a sublime ambience overall and features film-noirish strings to close. The curiously titled “Swarfiga” turns out to be a slick and psychedelic instrumental breather, conveying one of the reasons why West Ryder…is a soundtrack record in so many ways.

‘West Ryder Silver Bullet’ features none other than Rosario Dawson on super seductive background vocals while the song itself contains more than a hint of spaghetti western themes. Successful single “Fire” allows the Leicester boys to do their anthemic electro-rock routine but don’t be mistaken into thinking this is a microcosm of the third record. Alongside this standard Kasabian number is ‘Where Did All the Love Go?’ hinting at disco and lucidly embracing the camp. With the electro rock beats of tunes like ‘Fast Fuse’ or on the free download ‘Vlad the Impaler’ thumping harder in places than on the self titled debut or on the disappointing Empire, Kasabian have produced a very mixed bag. What is clear is that this is film score music rather than football stadium chants – and a very trippy film score indeed.

On the negative side, the album is unfortunately brimming with often trite lyrics (“We are the last Beatniks…the lost heretics”), but, then again, Kasabian made their name on psychedelic beats rather than Ginsberg inspired poetics so all is forgiven. Also, Tom Meighan’s lack of any real range is evident on this album more than ever, with a prime example being ‘Fast Fuse’ where his vocals are essentially lifeless.

If you can get past the tongue-twister title and slightly bizarre cover shot, West Ryder Pauper Lunatic Asylum is a brave yet often disjointed record. It is definitely refreshing to see a band of Kasabian’s growing stature attempt a new slant on what they do best. Although it is an incredibly mixed bag of sounds and influences (with a number of forgettable duds thrown into the mix) the contradictions are precisely what make it worthwhile. Taken with an open mind and not overanalysed, this album lets Kasabian prove their mettle and shake off those annoying ‘Madchester’ comparisons. Containing more than a few flashes of brilliance, check out Kasabian’s asylum musings for yourself.