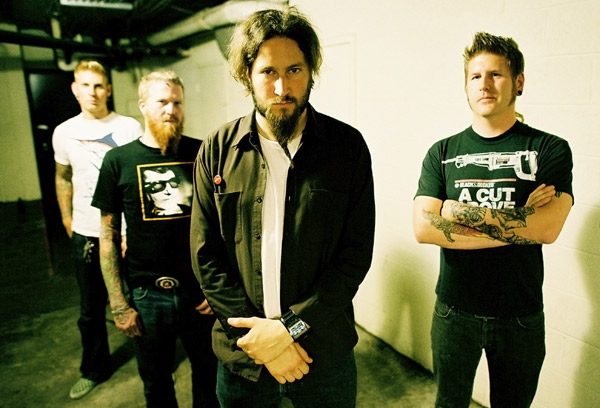 The Atlantian prog metalists of Mastodon are growing ever closer to releasing their latest LP, under the fine production skills of Brendan O’Brien (Bruce Springsteen, AC/DC, Rage Against the Machine). , which now finally has a title: ‘Crack The Skye.’ I still haven’t had the chance to track down the etymology of the name, but what I know for sure is that it’s gonna be another concept album, this time, however, while the previous three records were centered around the elements of fire, water and earth, respectively, “Crack The Skye” will be focused around Czarist Russia. Yes, that sounds pretty badass.

Crack The Skye contains only 7 tracks, but since the record spans around the 50 minute mark, expect some very long, epic and crazy songs. “The Czar,” the record’s centerpiece, seems extremely interesting, being comprised out of four parts. Guess Brent Hinds’ cracked head actually came in handy.

Right, after releasing the new album at the beginning of 2009, the band is set to head out on a very long supporting tour, which will see the band booked well into the summer, next to tour mates like Slayer and Metallica. Tracklist can be found right bellow.