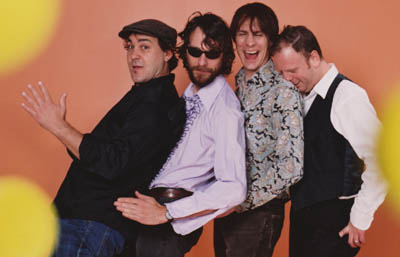 Grunge pioneers Mudhoney are already working hard on their new album, and although a tracklist is yet to be released, but we have been given an LP. The group’s ninth studio LP was recorded at Seattle’s Avast! Recording Co. between April and September, and follows 2008’s The Lucky Ones.

Singer-guitarist Mark Arm explained he suffered a bit of writers block, and it is really hard to settle for a final cut, but the results will definitely be worth it.

“I was in a deep funk for a long time and I couldn’t clear it. The older I get, the pickier and more conscious I become about what I’m singing,” he said. “We definitely wear our influences on our sleeves, but hopefully, we’re finding an original way to say something, even if it’s been said so many times before. It’s not always possible, but that’s what I beat myself up over the most.”