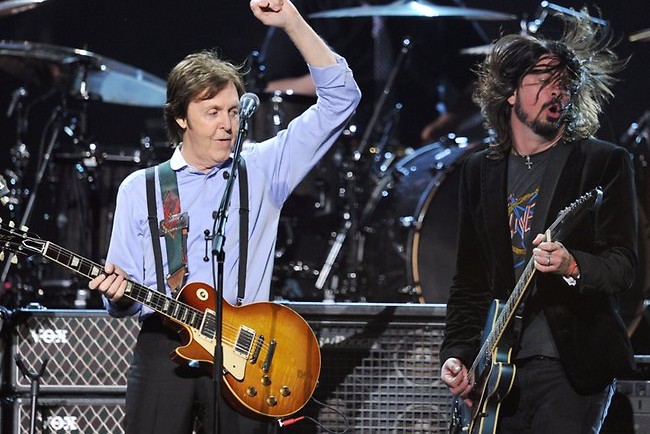 It’s a last minute bid for “What the hell?!” of the year: Paul McCartney will front a reformed Nirvana at a Hurricane Sandy benefit concert tonight.

Both Dave Grohl and Krist Novoselic are joining in, as will Pat Smear who once toured as an additional Nirvana guitarist and now plays the Foo Fighters. With Kurt Cobain openly expressing his admiration for McCartney, this will be as close to a Nirvana reunion as we’ll ever get to see. 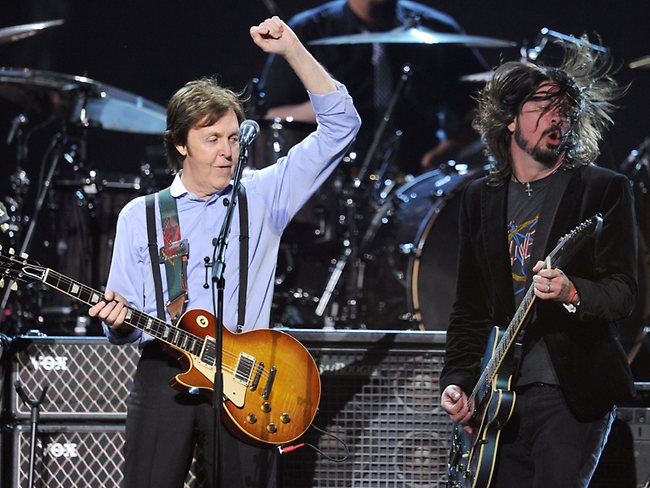 McCartney says he didn’t realise who they were at first:

“They are saying how good it is to be back together. I said ‘Whoa? You guys haven’t played together for all that time? And somebody whispered to me ‘That’s Nirvana. You’re Kurt.’ I couldn’t believe it.”

But… what if it turns into a Beatles reunion?! Nirvana were all huge fans of the Beatles (who would have guessed), and for all we know, they could jump in at the chance to play some Beatles; either way, it’s definitely you’d want to miss.