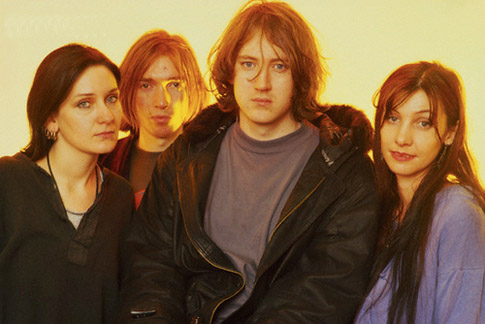 2007 was the year of reunions, but 2008 doesn’t fall too much behind neither, with more and more previously iconic acts getting back together. One of these acts is also the shoegazing pioneers My Bloody Valentine, a true sensation of the late ’80s. Back in November, frontman Kevin Shields, announced the band’s reforming and moreover fueled rumors that a new LP is in the making. Soon after fans were ecstatic to find out the band will tour through much of Europe, but at the same time fans over the ocean were left brokenhearted.

Well my dear American friends, you can now rejoice as My Bloody Valentine is coming to play in New York City, this fall! That’s right folks, you’ve heard it right. For the first time in 16 years the band will set foot on US soil to perform. The reunited My Bloody Valentine will headline and curate a new upstate New York branch of the All Tomorrow’s Parties festival on Sept. 19-21. According to the Daily Swarm, MBV will also perform in six to eight additional U.S. cities.

Playing alongside MBV, at the NY leg of the ALl Tomorrow’s Parties festival, is a stellar lineup, comprised of over 30 awesome acts, including:

Awesome, indeed. In the spirit of the British ATP tradition, the NY leg will also be very intimate, to the despair of the thousands of MBV fans from the US. Only 3000 people will be allowed to enter the festival and all attendants must stay on the site for three days, staying in motel and hotel rooms. No single day passes will be available. Tickets go on sale this Friday, April 25, at the ATP website.