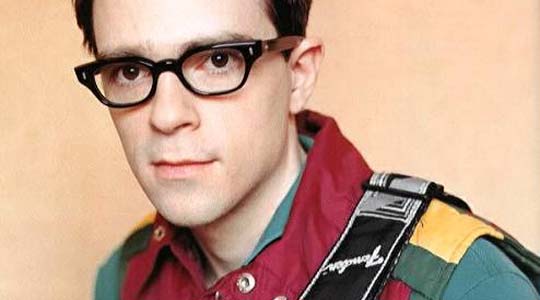 At the beginning of the month, we announced that Rivers will be releasing a new follow-up to last year’s bootleg Alone, in the form of the upcoming November 25th release of lost, stuffed away Cuomo goodies, titled Alone II.

You saw the funky yearbook haircut and had a first sample of Alone II, when we streamed I Want To Take You Home Tonight, now it’s time for a new song. Rivers Cuomo just posted a new song down at his MySpace, called “My Brain Is Working Overtime,” a simple, feel good song, packed with a lot of hooks, that’s sure to indulge Pinkerton fans.

By the way, here’s Rivers own take on Alone I – and remember kids, Alone II gets out on November 25th.

“I was really surprised when I put Alone II together and listened down to it,” Cuomo revealed to Pitchfork Media. “I was really surprised how great it was. It makes me wonder if I have more good stuff on my hard drive than I thought I did. This one is not a step down in any sense. It’s just surprising, both times [referring to Alone] we tried to pick the best songs I had. For some reason, you would think number two wouldn’t be as good, but it seems to be better, if anything.”