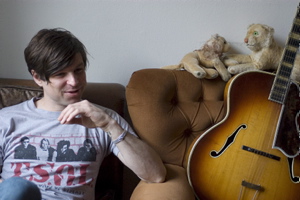 Ryan Adams has some very good live acts and he has pleased the people who came to his concerts many times. But Minneapolis is just not a good place for him to sing.

A a few years after his last local meltdown he sang Thursday night at the State Theatre. But he complained about the sound monitors onstage and then he moved two monitors, his microphone and his guitar pedals. He was very displeased. The crowd was a bit surprised.

After about 70 minutes he stopped and announced “the last song,” played it and didn’t return for an encore. Many fans stood and booed. “I don’t know what the story was,” guitarist Neal Casal told the Star Tribune afterward. “I just play guitar.”.

This is after his famously bad performance at First Avenue in 2003. He then gave a rambling two-hour show where he griped about the sound system, played several songs twice and lambasted local rock legend Paul Westerberg.