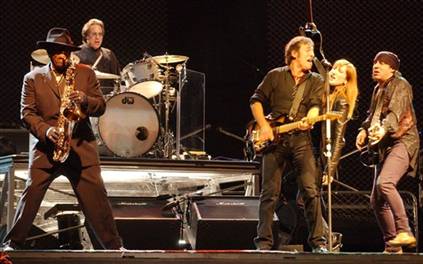 [tag]Bruce Springsteen[/tag]’s  soon to be released record Magic, with his supportive band E Street, is fast approaching in October, so an album promotion tour was expected to be announced. The tour will feature dates all around the world so everybody can have a piece of ‘The Boss’, starting from the very day Magic will be released, on October 2 in Hartford, Connecticut.