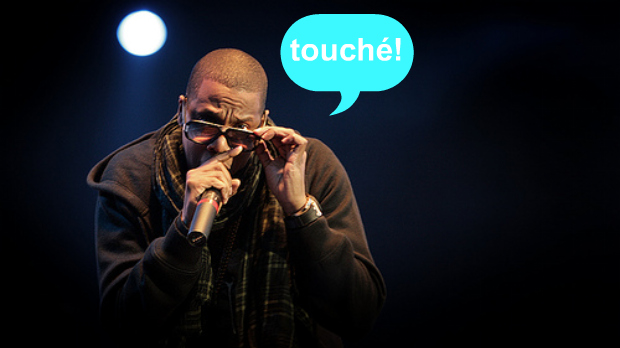 We’ve raved about auto-tune, T-Pain and the likes before, but this track right here is sheer gold for anyone left with a sower taste after channeling through MTV nowadays. A while ago, Jay-Z released a called D.O.A. (death of auto-tune), in which he openly condemned the overuse of auto-tune in the mainstream scene today. “This is anti-AutoTune / Death of the ringtone / This ain’t for iTunes / This ain’t for sing-along,” goes Jay through out the track. A valiant effort indeed, but the man was simply asking for a auto-tune remix, and it didn’t take too long for it to happen. It wasn’t “D.O.A” that got remixed though, instead it happened to what’s maybe his most notorious song ever released, “99 Problems”, which got run down through massive auto-tune by Oakland-based duo Wallpaper. The most hilarious part is the chorus, when “I got 99 problems but my bitch ain’t one” is turned to “…pitch ain’t one.” Check out the song bellow, but be weary from now, it’s 100% auto-tune! [via Funny Ha. Ha.]