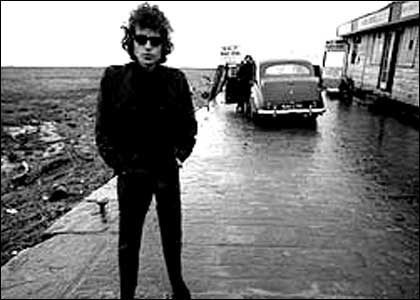 Back in 1991, Bob Dylan started a series of releases called the Bootleg Series, in which he’d punch out various B-sides, rarities and miscellaneous unreleased material. In October, he’ll release his 8th installment in the series, titled “Tell Tale Signs: Rare And Unreleased 1989-2006,” that comes in both a double and (limited edition) triple album. The three disc version of Tell Tale Signs includes a 150-page book, and some editions include a 7″ vinyl single with two tracks from the set. How’s that for Bob Dylan merch ?

The songs are gathered from various recordings, spanning across 17 years of activity and four albums; Oh Mercy, World Gone Wrong, Time Out of Mind, Love and Theft* and Modern Times, as well as a number of soundtrack contributions (including ‘Cross the Green Mountain’ from the movie Gods and Generals) and previously unreleased live tracks from 1989 through 2006.

Two tracks off Tell Tale Signs, “Mississippi” and “Dreamin’ of You” have just been released for free, for your sampling purposes. Check the download links bellow. Tell Tale Signs is out October 6th via Columbia Records.

*Thanks to Alex for the fix.