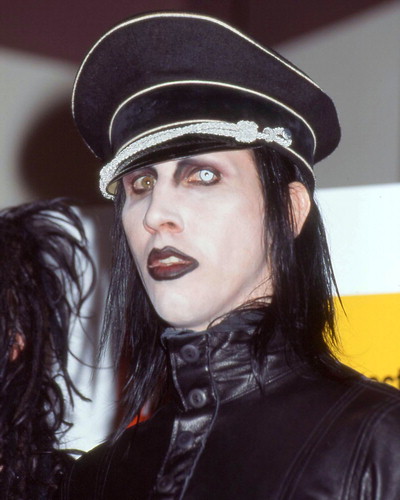 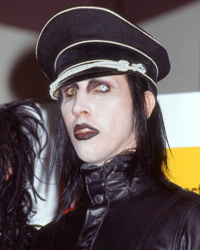 There’s little things that could shock us right now, from behalf of goth dork [tag]Marilyn Manson[/tag], he’s bought some Nazi memorabilia and a child skeleton (buy a real one and I’ll be impressed!), done a semi-sextape with his barely legal girlfriend Rachel Wood and a lot more “disturbing” stuff. This time Marlyn wants to enter Guiness Record Books; to do this he intends to enter a tube filled with 87 venomous snakes and stay there for a full 45 minutes, for the record to be confirmed. The current record holder is Jackie “The Texas Snakeman” Bibby.

Well if that didn’t get your attention then this might. Marlyn just packed his girlfriend in his suitcase, stacked it in the trailer and made course for their next gig; well robot girlfriend actually, a Evan Rachel Wood replica. Manson intends to use the robot in his upcoming Eat Me, Drink Me stageshow, when the replica Rachel will “bring absinth, like any good girlfriend should do,” before chopping her head right off. Ouch!