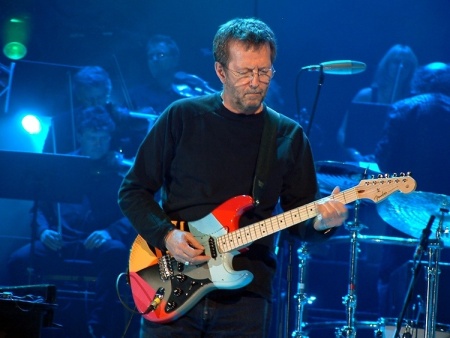 As it turns out, North Korean officials have invited blues/rock guitarist Eric Clapton to play a concert in the communist state. This comes as a very big surprise, because North Korean authorities have long shunned rock and pop music, sistematically rejecting any chance of getting great singers to perform there.Ah, but there’s a catch here. Kim Jong Chol, the Swiss-educated son of national leader Kim Jong Il, is reportedly a fan of Eric Clapton. He has great tastes, you have to give him that. But this is in fact the first such invitation to a western rock star from the country which has been virtually isolated for so many years, so this makes this invitation quite historic.

“Eric Clapton is a well-known musician and guitarist, famous throughout the world,” said the official, who declined to give his name. “It will be a good opportunity for western music to be understood better by Koreans.”

Still, it’s not quite sure whether he will accept this invitation, as spokeswoman Kristen Foster points out.

“Eric Clapton receives numerous offers to play in countries around the world,” she said. “There is no agreement whatsoever for him to play in North Korea, nor any planned shows there.”

Anyway, this is a clear sign that the country is starting to tie some cultural relationships with the West; The New York Philharmonic played in Pyongyang on Tuesday, and North Korean State Symphony Orchestra is due to perform in London and the English city of Middlesbrough in September.