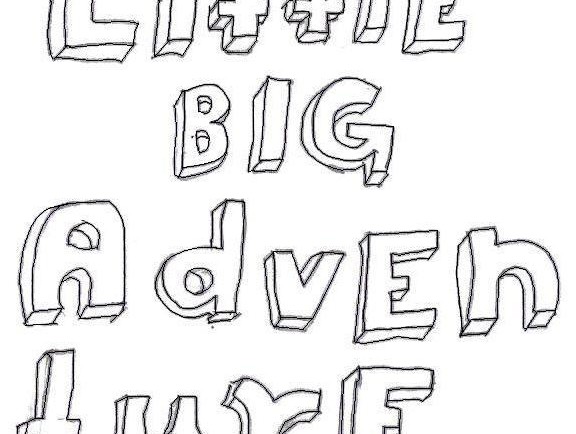 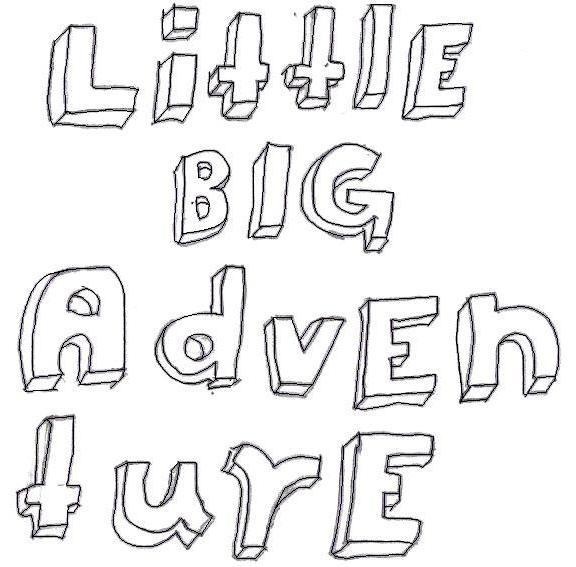 stands for the Stockholm-based solo performance of Magnus Sätterström . This Swedish indie pop performer has released a couple of songs that could perfectly get squeezed among the good pop songs we’ve listened to lately.

Different keyboards get mixed with guitars and a variety of computer editings. Don’t be fooled – it wouldn’t fit  under the electronica label or something equally artificial. The relaxed and sometimes quite pessimistic vocals, the honest and up-front lyrics and the simplicity of the remaining sound make it fall perfectly under “plain good old pop music”.

The mid-90s PC video game that holds the same name has nothing to do with our solo artist, or at least he hasn’t mentioned anything about it. Moreover, he’s pretty new on the music scene so make sure you check out his MySpace to get a glimpse of who exactly we’re talking about here. It’s definitely worth it. Might I suggest to double click “The Happiest Times” or the “Hateful Eye” tracks on this page, while reading this article and get into the “little Big Adventure” groove. enough with the intro. You’ll learn everything there is to know about him in the following passages. So let’s get to meet Magnus:

Zme: You’re called „Little Big Adventure”, but as far as I know, it’s just you alone writing the lyrics and playing the instruments. Why that name for one member? Also, do you sometimes get the help of others for recording your music or when performing live, or is it always just yourself doing all the work?

I haven’t got a cool sounding name and I had to call it something. Why shouldn’t one member bands be allowed to have band names? I never get any help from anybody when I do music. I play, record, mix and master (except my recent EP which was mastered at a professional studio) and perform all by myself. It gets kind of lonely. Except for this one time when I asked Juni Järvi to accompany me on a “one-song” concert.

Zme: All the songs you’ve so far released are really sad. Also, descriptions like „Mediocrity is me” (your MySpace description) or „It’s super cheap and so is the music on it” (when promoting your last EP- „The Hateful Eye”) have somewhat left me in a blur. Why this low self-esteem about yourself and about your music?

This question actually calls for a therapist, I think. I don’t know why I have such low self-esteem. If I knew I would do something about it. Maybe I’ve been brought up to focus on my flawes and failures.

Zme: What are the other influences of the band, excepting the ones you’ve already mentioned: Pallers, Juni Järvi and Akiine. What familiar sounds are your listeners supposed to observe? Give a couple of examples (genres, solo artists, bands etc.)

One guy said he thought of Domotic when he heard my music. That made me happy since I really like Domotic. And O.Lamm. I listen to a lot of hip hop, though and I tend to get very inspired by it, but I don’t think you can hear any of it in my songs. Maybe, it sort of drifts towards a more hip hop-ish style, I think. Perhaps.

Zme: I’ve noticed you haven’t released an album yet and that you gradually released a series of singles, one at a time. Will you continue to do so, or is an album in discussion?

Yes, no. I won’t continue to release numbered singles that’s for sure. I had a plan that I would release like six of them and then put them all together to form an EP but that didn’t work out. Time happened. I’m currently working on new songs so maybe sometime in the future I’ll release an album. Nothing is decided though, we’ll see.

Zme: I was looking over your MySpace page and noticed, that you still haven’t booked any concerts. You probably have some live performances around Sweden, but it’s probably not where you’ll stop, right? When do you expect to start touring at least throughout Europe?

Actually I have concerts planned. There’s also some few gigs in other countries that are still on the planning stage but hopefully something will happen.

Zme: Please mention 10 other indie pop/rock bands you like listening to when you’re at home, relaxing, working, doing chores, etc. Also, please mention a couple of other genres you enjoy hearing, because I’m sure there are quite a few.

As you see it’s mostly not pop/rock, because I rarely listen to it, although it sometimes happens. I really like The Bear Quartet (Swedish pop-band). I kind of grew up with them. I actually named this band after their first album before I switched to LBA.

Zme: Let’s imagine the perfect party: mention 10 tracks you always want to hear, in order for the party to be a successful one:

Zme: Imagine that you were invited to the biggest popfest ever(for example the NYC PopFest or the one in San Francisco) and you had to choose a day to perform, where you also had to choose the remaining bands of the day. What names would you like to see, next to yours, on the advertisement of the biggest popfest imaginable on the planet? Who would you choose and why?

I’d choose Juni Järvi, The Paper Merchants and The Legends. Only because that’s almost the only bands I know and I wouldn’t want to be alone all by myself with no one to talk to. It would be cool if J Mascis played there because I really like him. Also, he would bring the crowd.

Zme: The ones who listen to indie pop music from Sweden or UK always imagine and ask around if it’s true whether band members or solo artists always go to parties together and hang around and talk music. Is this true? Does everybody know everybody else?

Yes I think that’s true. It’s just that I’m not a part of anything and I don’t know any bands (almost) or anyone, not anyone I would party with anyway (since I don’t know them that well).

Zme: Which song previously released, would you say, is closest to what you wanted to obtain out of your music? Which one includes everything you always wanted to get from „THE” song? Which is your favourite, the closest to perfection, and why? Is there one song you’ve been working the hardest for?

There is no song I have made that I’m totally satisfied with. There is one song that’s new and unreleased that I’m pretty satisfied with, but its not recorded yet. The flawes will probably come crashing down on me soon enough. There were a few songs I had been working on for a couple of months that I actually was pretty satisfied with. They’re probably the closest to “perfection” I’ve ever come. Unfortunately my hard drive crashed and all of them were erased. A part of my soul died with them.

Zme: „The Hateful Eye” is my favourite song. Please give us a gist of the story behind it… What are the lyrics refering to? Also, please describe the instruments you used for that specific song, and why ? 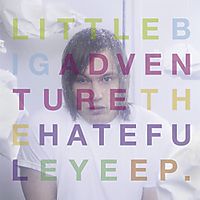 The Hateful Eye is about a feeling of disgust and pain when you realize that people you trust and like turn on you. And when you have that feeling, everything feels very claustrophobic and unpleasant.I used some guitars and some illegally downloaded software instruments. Different synths and drum machines everything except my guitar and singing is illegal. I can’t explain why I used the instruments I used, since it’s just a feeling and a question of playing around with what you have. I tend to just play around with different synths and guitar/piano sounds until I get something that I feel is right for the particular feeling I’m hunting for.

By now, you’ve probably listened to all his tracks available on his Myspace page and like them a lot, so you can purchase his already released tracks. See some older tracks here! and purchase them as indicated. His newest release – “The Hateful Eye” EP – is available over on Labrador Records, here!, along with other very nice Swedish pop releases. You’ll see what I mean :) You can also download two of the songs on the EP right here!, just to make sure that the music you’re about to purchase is indeed as good as I think it is. Have fun shopping! It’s definitely worth it!