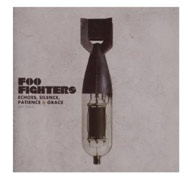 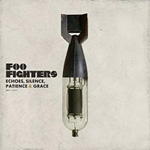 The [tag]Foo Fighters[/tag] have definetly left their mark in rock music for several years. With various studio album releases they were most of the time climbing the charts but few of their releases were groundbreaking. Their albums are very solid; they have quality and quantity but they just miss something. Great musicians and there is also some outstanding songwriting in this album.

In an interview with XFM on April 26, 2007, frontman Dave Grohl noted “We’ve been in the studio for the past month and a half, and we’ve got about another month to go. We’ve been recording with our friend Gil Norton. He worked on our second record (The Colour and the Shape), he’s a good guy and he makes amazing albums. So we’re making a really big powerful record, which I’m very excited about… I can’t wait to jump on stage and do this stuff, it’s gonna be great.” It is. They did not reinvent their style and they made few improvements musically speaking but it is easy to notice that Dave Grohl has really matured as a song writer without losing that immaturity which suits him so well. The bad thing is that they refuse to evolve or experiment beyond what they have done until this moment and it also has some mainstream tendencies. They just seem to lack the ambition to do something that could rise to say what nirvana did.

It starts with with an extremely strong five-song run that makes you think that they went back to their roots searching for the aggressive, driving sound which they started with. But they find balance between that and the gentle and subtle sound that they explored on the acoustic half of 2005’s In Your Honor. The album starts with The Pretender which at first sounds a bit like the stairway to heaven riff but then it just goes into that foo style. Following “The Pretender” there are “Let It Die” and “Erase/Replace.”Strong tracks in the same manner. The nice thing is that listening to Erase/Replace makes you notice the Grohl riffy bits and signatures. A nice touch which makes no less reinventive but a bit more interesting. Let It Die sounds again somewhat like Led Zeppelin; starts with accoustics and builds up to screaming and hard rock. A trained ear is probably going to recognize the heavily processed guitars which lacked until now while listening to Erase/Replace.

Long Road To Ruin is probably going to be played by radio stations. The chorus is just so Foo Fighters. After that the whole album mood changes a bit and gets softer. The next tracks have the same way of starting slow and then moving up and screaming at the end. It is just like sex. Foreplay at first and then you get down with it. In that same approach you could say that the the ballad of the beaconsfield miners which is the 9th track is a nice interlude. A full accoustic with no lyrics; it is just fun to listen to. The 10th track which is called statues is going to be just loved by some and skipped by others. It is a soft track featuring piano. Some are going to get in touch with their softer side and some are going to be upset that the rock part is interrupted. Tracks “But Honestly”, “Home” and “Once And For All” do not bring the grande finale which other albums had and which you might expect from them.

So the album is good but it is not groundbreaking and even inconsistent at times. The album is not inconsistent itself but when you think how talented they are and what great musicians they are you probably expect more. The reason for their success is found in the hooks from within the songs but in the second half there are very few. So this is a solid but not spectacular, entry into the Foo Fighters catalog.