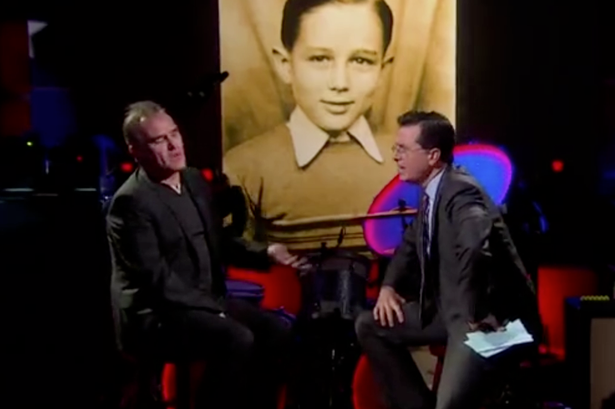 It was quite the interview, with Stephen Colbert and rocker and animal activist Morrissey. The two discussed everything from the British Royal Family to a potential Smiths reunion, but the hottest subjects were, of course, animal rights.

Colbert revealed that Morrissey insisted that the entire studio be free of animal products (forcing his staff to go vegetarian for the day.

“Animals are much nicer than humans,” Morrissey declared, with Colbert countering, “I know a lamb that’s a f**king asshole,” and later asking if he could eat a pig who’d “committed suicide after listening to too many of your records.”

Of course, this was just classical Colbert report stuff – Stephen loves animals; who can forget his classic takedown on Iowa Republican Congressman Steve King for his comments on dogfighting? I’m just not sure Morrissey was in on the joke though…