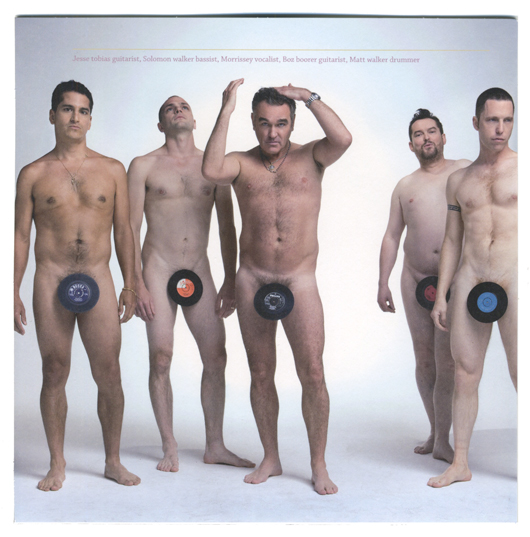 OK! Now, if this might have struck you as “somewhat” weird, wait till you check out Morrissey‘s latest cover art, for his new single “I’m Throwing My Arms Around Penis Paris.” For the cover, Morrissey, along his band mates, stripped naked and put a 7″ vinyl around their modesties. The single is due February 9th, while the album, “The Years of Refusal,” is set for February 16th (UK) and 17th (US) respectively. [via Morrissey Solo]