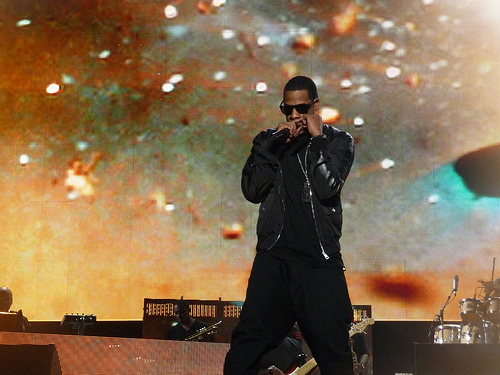 Jay-Z performing at the All Points West Festival. (c) Melanism.com

After MCA’s terrible cancer diagnosis and the consequent Beastie Boys canceled tour dates, a lot of APW Fest goers were left disappointed … or were they? Soon after the Beastie Boys had to cancel their appearance at Jersey City music & arts festival, officials announced their replacement will be none other than Jay-Z!

The APW fest underwent this weekend, and, as expected, Jay-Z stormed the massive crowd, kicking off his set with a tribute to the Beastie Boys, covering the band’s ’ “No Sleep Til Brooklyn.” Check out the video bellow.

Jay-Z’s eleventh studio album “The Blueprint 3” is scheduled for a September 11 release date via Roc Nation/Atlantic.