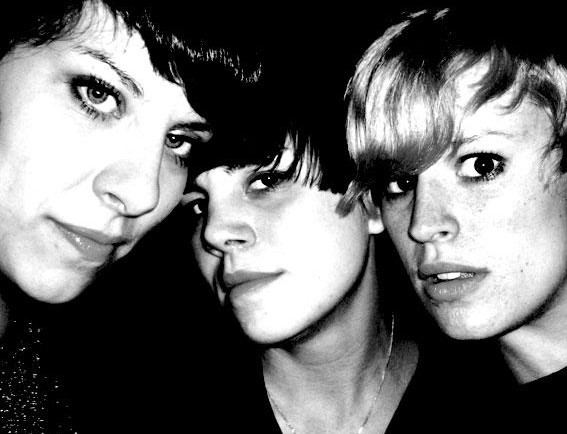 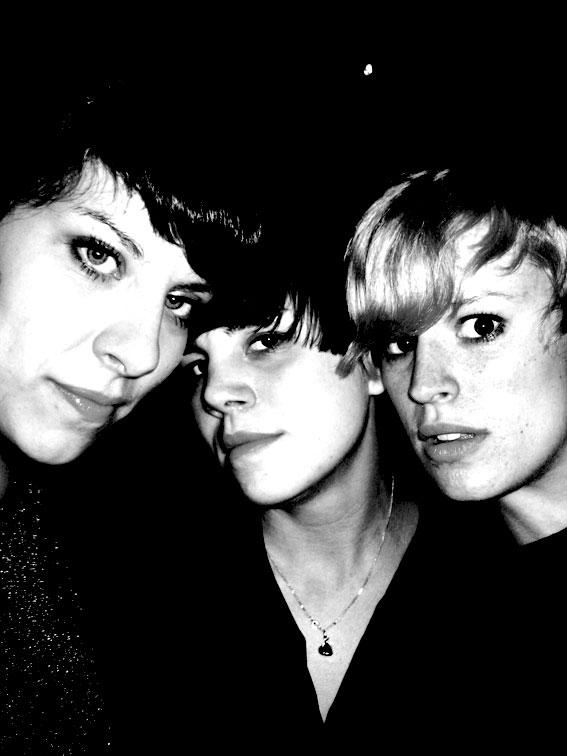 I have recently made a review of Liechtenstein’s album “Survival Strategies in a Modern World” (you can read the article HERE) and I decided that it was deserving of much more than just a review. So an interview with the girls was definitely the next step. Renée was so kind to answer all of the questions and I hope you’ll enjoy reading this band’s future endeavours, musical preferences and their personal qualities. They seem to be on the rise and apparently, future concerts are in discussions.

While reading the following article, at the reccomendation of  Renee, listen to mo-dettes-white-mice .

ZME: Hi Renee! First of all, I’m very curious to fiind aut what exactly you ment by „Falling and stupid, young and laughing” – the statement on your MySpace page. Could you detail it? It’s a funny description indeed. In this order of ideas, I would love to see a description of each of the three girls as well (a couple of words, that best describe each of your characters).

ZME: So Naemi takes care of the bass, Renee plays the guitar and Elin the drums. To whom exactly do the vocals from your songs belong to and who writes the lyrics? Are these common activities or does each of you have a clear „job” besides the drums, bass and guitar?

Renée: The lead vocals belong to me, and all of us sing the backing vocals. We all have our specific ”vocal duties” besides our instruments, and I write the lyrics.

ZME: You mentioned a few influences to your own music: Dolly Mixture, Talulah Gosh, Girls At Our Best, TVPs, Mo-Dettes, The Slits, Shop Assistants, Starke Adolf and lots. What exactly from these bands, would you say, influenced you the most? Breezy vocals, playful keyboards, a special guitar sound, a certain type of mixture between these instruments ?

ZME: Please mention 10 other indie pop/rock bands you like listening to when you’re at home, relaxing, working, etc. Also, please mention a couple of other genres you enjoy hearing, because I’m sure there are quite a few.

4.4. The Trash Can Sinatras

ZME: Let’s imagine the perfect party: mention 10 tracks you always want to hear, in order for the party to be a successful one:
Renée:

5. Our Love Is Heavenly (Heavenly)

7. The Smell Of An Artist (Cats On Fire)

ZME: The ones who listen to the indie pop music from Sweden or UK, always imagine and ask around if it’s true whether the band members always go to parties together and hang around and talk music and about their favourite bands. Is this true? Does everybody know everybody else?

Renée: Hm, Gothenburg is quite a small city, so the indiepop bands here pretty much know each other. We don’t necessarily speak about our favourite bands all the time, but there is the occasional discussion about music, of course…

ZME: Does Liechtenstein have any similarities to „The Concretes” or „Hari and Aino”? What about a common ground to the Danish band „The Asteroids Galaxy Tour”?

Renée: I haven’t really listened to the bands mentioned above. We are more inspired by British bands from the eighties than from any Swedish band.

ZME: When can we expect a tour around Europe? And when will we be able to attend a concert in Romania?

Renée: Hopefully we will be able to play in some European countries again in the autumn, but we have no plans at the moment. I don’t know when we’ll come to Romania, but that sounds like fun!

ZME: Who would you love to tour with? Mention 5 other indie pop/rock bands you’d like to see next to your name on a festival print advertisement. And let’s make it a little harder: you are not allowed to pick names from questions 3 to 5 and they have to be either British or Americans ! But you can ignore time frames and you can pick bands even though they might not be singing/touring anymore:

Thank you very much, Renée!

At the end of the interview, I asked her to mention one song that she would love to see next to the article, so that the  readers, while reading about them, could listen to a good, beautiful song. I actually ment that she should mention one of their songs, that would match with the tone of the article but I was pleasantly surprised to see that she mentioned her favourite song that belonged to Mo-Dettes: “White Mice with Mo-Dettes! The best song ever! : )”. That says so much about herself and probably, about the entire band! Well done! Keep up the very good job and hopefully, I’ll get to see you soon performing live!