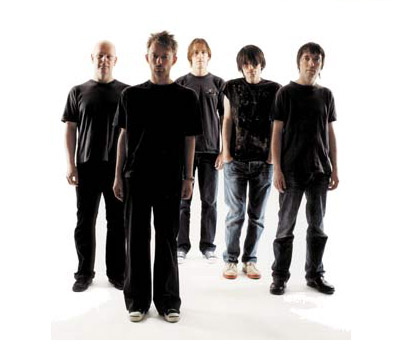 That’s right mates, Radiohead is no longer just a noun, it’s also a verb now! It means to offer your CD up as a digital download on the Internet and then ask your buyers to pay how much they think it’s worth it. While Radiohead did manage to create a phenomenon in this music industry, it’s still unclear how this strategy will affect them long term. But one thing’s for sure: record labels should be ware.

In case you have no idea what I’m talking about, here’s a short recap: when they were freed from their previous agreement with EMI, they put their latest album, ‘In Rainbows’ up for download bids on the Net before it was released in record stores on Jan. 1. But this may be remembered not as a bold act, but as the bold act that triggered the new way of releasing records.

“It’s (all about) how much you think it’s worth compared to how much you would spend on other music,” Radiohead bassist Colin Greenwood, 38, said recently down the line from his Oxfordshire home.
“(Is) music … something that’s being commodified in such a way so that you would go into a record shop and pay the same for a Dylan record or an Alanis Morissette album? Does that mean they’re all as good as each other? Alanis Morissette is as good as The Beatles and Radiohead is as good as The Rolling Stones? If they all cost the same, does that mean they’re all equally good? That’s kind of what we were thinking about.”

While Radiohead have never released a figure, it’s estimated that they sold 1.2-million digital downloads just by the day of the album’s release. But here comes the funny (and sad) part: although you could download it and not pay anything for it (although this should not happen, unless you think it sucks), more people pirated it than downloaded it. Probably Nine Inch Nails won’t be as succesful as Radiohead because their album is just instrumental, and they’re not the first to do this, and well, as far as I’ve had the chance of listening to their album, it’s just not as good. Stay tuned for a full review soon.