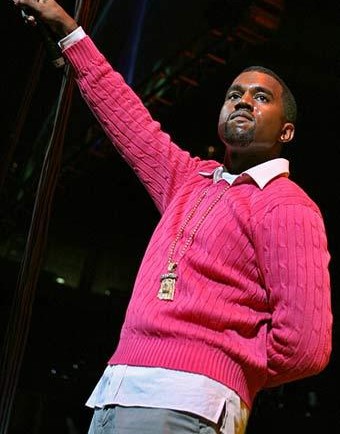 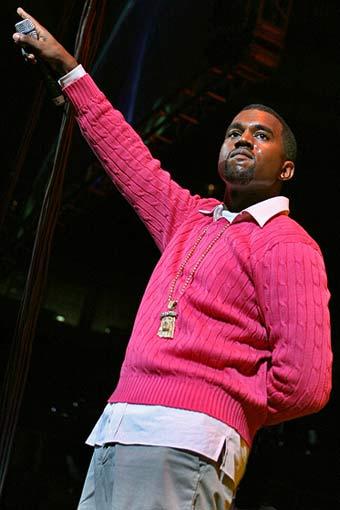 Ugh, I hate this rampant compulsion that’s been eating at my brain since early Monday morning stemming from this ridiculous situation involving Kanye West, but there’s a burning question that’s been bothering me ever since this “story” broke.

And it’s simply this: Why is this news? It’s an absurdly simple question to ask but an important one. I mean, this is Kanye we’re talking about: The man who appeared on the cover of RS as Jesus-fucking-Christ and who also owns bling in the form of Jesus; the man who claimed that Late Registration should be awarded Album of the Year purely because of how hard he worked on it – according to himself, no less; and the man who submitted that Dubya “doesn’t care about black people” on national television.

Hell, this occurrence isn’t even the first example of him storming the stage of an award show – a video awards show, at that! – and claiming that the wrong person won. The first time was at the Euro version of the VMAs three years ago and, interestingly enough, Kanye was pissed about that the fact that he didn’t win, not Beyoncé. And why should Kanye – once again, according to Kanye – have won? Because the video in question (“Touch the Sky“) “cost a million dollars, Pamela Anderson was in it [and] I was jumping across canyons.” Well, with logic like that….

I ask again: Why is the most recent outburst of Kanye’s ego vis-à-vis his vocal chords and malformed brain newsworthy? News can be defined as “ previously unknown information.” Since we already know that Kanye is an egotistical prick, this isn’t a revelation of any kind. It is, however, further proof that he’s a monstrous douchebag which fits the first definition of “a report of recent events.” But with everything else that West has done before last Sunday, this wasn’t required to prove it.

Fuck you, you arrogant little piss-ant.