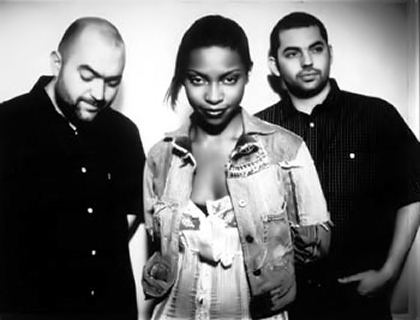 Since singer Skye Edwards left Morcheeba back in 2003, the trip-top pioneering vibe that the group spread across their catalog seemed to have faded as new material followed. The charismatic vocalist was truly a driving force that perfectly synched with the Godfrey brothers’ talented arrangements. Frankly, I can’t imagine Morcheeba without Skye. Today, however, as if prayers have been answered, Skye Edwards announced via her myspace that she has rejoined the Godfrey brothers and will join them for a new tour and album this year as the reformed Morcheeba. Hopefully she’ll be there to stay. “To be honest, my immediate answer was ‘Nope’,” Skye said about the reunion plans and her seven-year absence from the group. Luckily, she reconsidered.

“A meal was arranged for the three of us. We met up in a restaurant called Julies. I got there early and ordered a double whisky whilst I waited for the Godfrey brothers to arrive. I was sooo nervous. We got pretty drunk that night and had a laugh. It was cool. And so it was agreed, let’s make another Morcheeba record. Lets do some shows!!”

“I’ve been Keeping Secrets, and it’s time to come clean and let you know that there is to be a Morcheeba Reunion!”