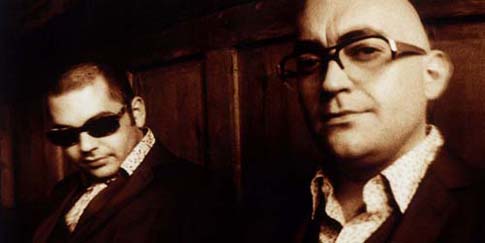 The trip-hop UK duo, of [tag]Morcheeba[/tag], are just a few weeks away from their highly anticipated new album, titled “Dive Deep,” release. With over 6 million albums, several tours behind their back and some of the most moving and instantly recognizable tunes throughout the nineties, Paul and Ross Godfrey are confident they’ve made a record that’s set to propell them back into the spotlight. Actually the Godfrey brothers consider Dive Deep as a “emotional blueprint” which has restored their faith in music.

For this sixth studio album however, the duo, formerly a trio with Skye Edwards as lead singer, have decided to scour the internet for vocal and songwriting collaborators, as well as collaborating with well established artists. So guests on Dive Deep range from established names such as acclaimed singer-songwriter Judie Tzuke, to relative newcomers Thomas Dybdahl from Norway, rapper Cool Calm Pete, and Manda, a French singer who contacted the Godfreys via Myspace, admitting it was her dream to sing with Morcheeba.

The record includes John Martyn‘s “Run Honey Run. Lead track Enjoy The Ride features Judie’s soulful voice, which has enchanted Paul since childhood, and One Love Karma sees Riverbed and Sleep On It Tonightshow off Thomas Dybdahl’s impressive Roy Orbison like vocal range, and together, the collaborations provide an atmosphere of genuine fluidity and free-form exploration. The first single, Enjoy The Ride, can be stream bellow.