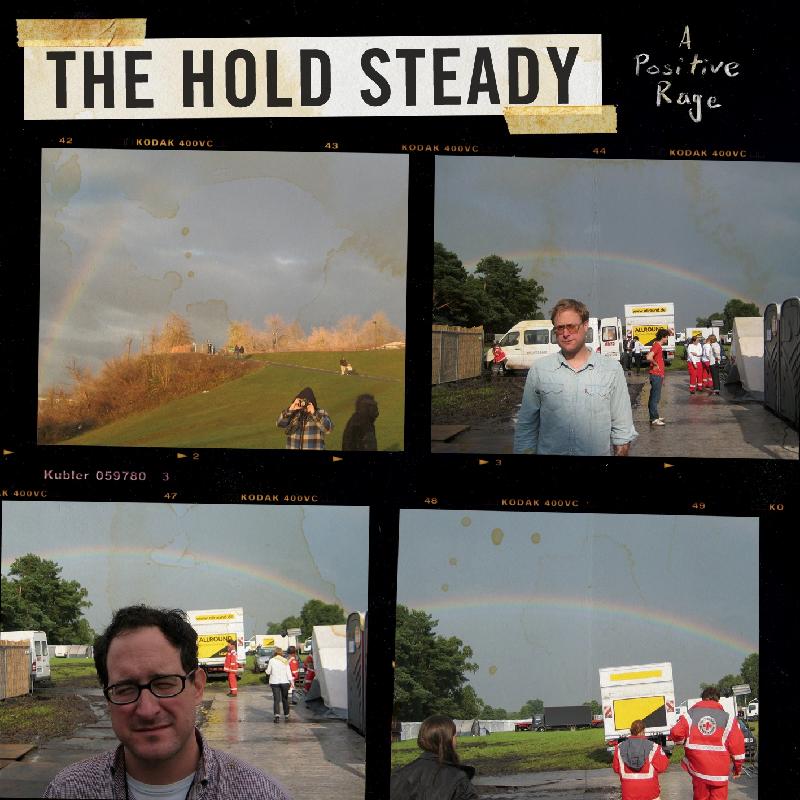 Most rock n’ roll tour documentaries are fairly painful to endure, if we’re to be honest with ourselves, full of self-important man-children who think their philosophies on life, music and the laydeez are compelling viewing, and oh-so-artistic shots of the artists coming off stage (invariably with a towel wrapped around their head or neck) and collapsing into a chair. Rock stars are, generally, not people you want to spend a lot of time around.

An exception to this rule is the Hold Steady’s Craig Finn, by virtue of being both funny and very intelligent. So it’s clearly wonderful news that the Hold Steady – arguably the greatest, most vital rock n’ roll band playing today – are releasing a tour documentary. A Positive Rage, set for release on April 7 (April 6 in Europe), will consist of 2 discs. The first, a 53 minute feature documenting the Hold Steady’s rise to world-renown, from their first London gig in 2006 to their triumphant show at First Avenue in Minneapolis.

The second disc will be a 17-song live album, recorded at their Hallowe’en 2007 show at the Metro in Chicago. As anyone who’s seen a Hold Steady show can confirm, they really bring the goods live, so this should be required listening for most of you. All of you, in fact. The enhanced album will also feature some b-sides from Stay Positive, and two previously unreleased tracks, Spectres and 40 Bucks.

It’s looking like an essential purchase from where I’m sitting.

Tracklisting for A Positive Rage‘s second disc is this: