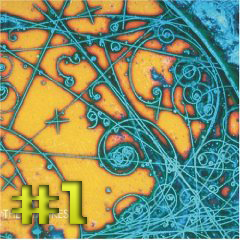 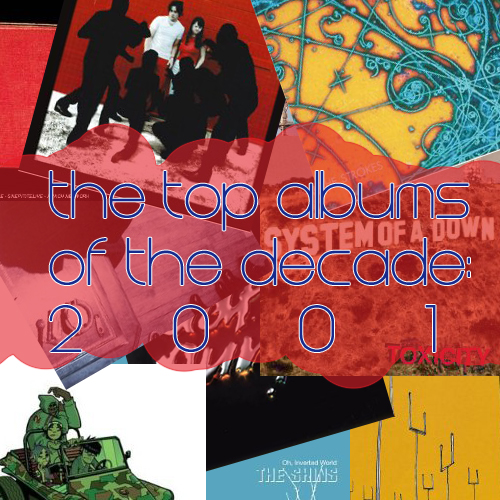 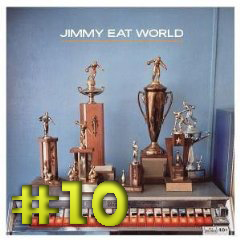 There are 10 other tracks on Jimmy Eat World’s fourth effort besides “The Middle” but you’d be hard-pressed to find any average music fan who could name one. Which is a shame because the others are just as good – if not better – than that fantastic pop gem. Bleed features Jim Adkins’ best vocal performance of his career. Whether he’s reaching for the stars with his whoa’s in “Sweetness” or stuttering during “A Praise Chorus,” Adkins shimmers as a frontman throughout this definitive pop-rock/alternative collection. That’s not to say the music sucks. Quite the antithesis: Bleed American is a record where the band clearly had to care in order to even get it made. They didn’t have a huge built-in fanbase (read: built-in record sales) and it’s self-financed so they had to actually try. The result is the record that Weezer’s been trying to make since 1996. (Steve Lampiris) 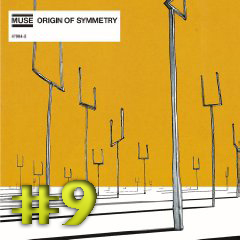 ‘Origin Of Symmetry’ was the album that really pushed Muse into the mainstream and proceeded to give the guys the credit they truly deserved. Although the live shows were nowhere near as epic and over the top as they are now the music was still as grand as it is today, incorporating string sections and Matt Bellamy’s falsetto voice which are still present in the bands latest LP ‘The Resistance’.

The album featured some great singles, including ‘Plug In Baby’, ‘New Born’, ‘Bliss’ and the double A side ‘Hyper Music’/Feeling Good’ the latter of which is a Nina Simone cover.

‘Origin Of Symmetry’ was a great preview of things to come from Muse, the band have gone from strength to strength since this album was released. (Chris Wheatley) 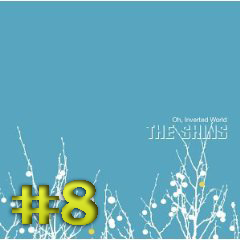 Three years before “Caring Is Creepy” and “New Slang” were given an uninhibited fondling by Zach Braff in his Garden State movie – and thus became forever associated (in my head, at least) with the image of Natalie Portman’s Mary Sue character grinning like a opium-dosed lunatic while Braff listened to the band that would “change his life” on her headphones – they were standout tracks from The Shins’ remarkably confident debut album, Oh, Inverted World. Strongly influenced by 60’s psychedelic pop, and with a fine line in warmly nostalgic melodies, this was the album that would influence a whole new generation of indie kids. Although unfortunately, it wouldn’t start a trend of leg-based band names, even though it really should have. “The Funk Sole Brothers”, anyone? Or a new manufactured boyband, “N*Step”? Ah, forget it. (Al Byrne) 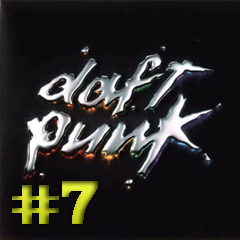 A truly delicious mix of thumping kick drums, funky bass lines and vocoder voicings, “Discovery” carved its own unique niche in dance music back in 2001, and boasted one of the most influential club sounds for the following years. “One More Time”; “Harder, Better, Faster, Stronger”; “Aerodynamic”; and the list goes on. Q even gave “Discovery” a 5/5 rating – a rare occurrence for the magazine – while many of their counterparts followed suit. This robotic French duo was one of the first acts to bring the 80’s sound back into the mainstream – and we all know how long this revival has lasted. (Conor O’Brien) 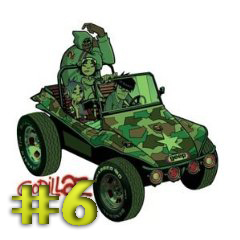 Gorillaz, the brainchild of Blur frontman Damon Albarn and Tank Girl creator Jamie Hewlett, created quite a buzz with their self titled debut album back in 2001. The band, made up of cartoon characters 2D, Murdoc, Noodle and Russel, were shrouded in mystery upon being revealed.

‘Clint Eastwood’ was the first single off the album, a very catchy track that caught public attention and faired well in the UK charts. ’19-2000′ also did well in the charts, being an extremely catchy summery pop song which get’s stuck in your head for days meant it was all over the radio through the summer months.

Overall, probably not what most fans of the singles would have expected. Some of the album tracks are a lot tougher to get into than the singles. Although when you do listen to the album fully and take it in all the different influences are a pleasure on your ears. (Chris Wheatley)

System of a Down – Toxicity (American Recordings) 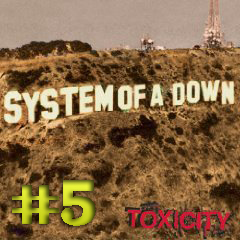 System of a Down’s second offering, Toxicity, was destined to be on the best of 2001 list as soon as it came out. The songwriting team of Serj Tankian and Daron Malakian is not only among the strongest in metal, but among the strongest in popular music. Tankain’s sloganeering lyrics acerbically satirize modern politics while Malakian’s guitar work slashes through all the bullshit Tankian is singing/shouting/screaming/whispering about. “Chop Suey!” or “Bounce” may not be the prime examples of political songs but they are the prime examples of why SOAD bests any other rock band: the chainsaw guitar/bass work combined with John Dolmayan’s drumkit trying to hold the songs together engulfs Tankian’s vocal gymnastics. When they do get political, like on “Prison Song,” that’s when SOAD goes from simply fascinating to, well, mesmerizing: hearing Tankian lament “They’re trying to build a prison” over the stop-start beginning makes you realize just how aware SOAD is of current events. Toxicity stands as the greatest argument of why we need them back. (Steve Lampiris) 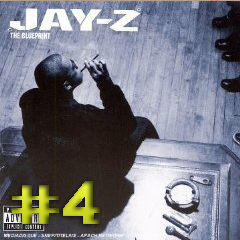 Jay-Z knows how to make an entrance. His sixth album, The Blueprint, saw him essentially claiming – and succeeding – that he made finally conceived the definitive how-to of rap. We have diss tracks like “The Ruler’s Back,” “Takeover” and “Renegade” where he answers, respectively, the D.A., Nas and Prodigy, and the press. We have braggadocio/ghetto anthems in “Heart of the City” and “Never Change” where he displays pride without arrogance. We even have the correct way to express love for females in “Girls, Girls, Girls.” The soul-heavy production made the album sound warm, a miracle considering the alternating dark and self-congratulatory lyrical content. Of course, the most memorable part of the album is the way Jay-Z faces his accusers: over a fitting trumpet reveille in “Back” he declares, “Sue me, fuck you; what’s a couple dollars to me?/ But you will respect me, simple as that/ Oh, I got no problem going back.” If you learn one thing from this guide, it’s that you don’t piss Jay off. (Steve Lampiris) 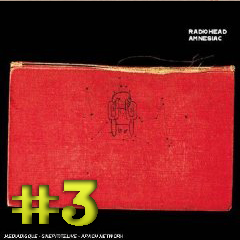 As the “b-side” to 2000’s Kid A, Amnesiac formed part of the duo of albums that transformed Radiohead from the kings of intellectual art-rock into the kings of intellectual art-music. Consisting of songs cut during the Kid A sessions, it was more of the same, which seemed controversial at the time, even disappointing to some, but looking back, seems perfectly logical in their ongoing discography. Songs like “Knives Out” and “You and Whose Army” walked a strange line between beauty and claustrophobic, while “Life In A Glasshouse” seemed to be a glorious battle between a Thom Yorke ballad and an old jazz record. That’s meant as a good thing. (Al Byrne) 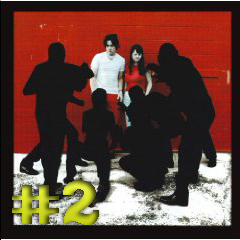 At just over 40-minutes in length, “White Blood Cells”, was a short, sharp shock for the early ‘00s and brought Jack and Meg White out of the Detroit garage scene and on to the international stage. For the second single, “I Fell in Love with a Girl”, they took a leaf out of the Ramones’ book, kicking out a catchy distortion-fuelled jam with a total running time of 1:50. And with the help of a truly special Lego-brick video from Michel Gondry, the song reached #21 in the UK singles charts. “We’re Going to Be Friends” and “Dead Leaves and the Dirty Ground” were among the other highlights. For the two Whites, the rest – as they say – is history. (Conor O’Brien)

The Strokes – It This It (Rough Trade/RCA)

Not only was this debut from New York’s finest considered one of the best albums of 2001, but it can also be seen as one of the most important rock albums of the last decade. Before the first single, “Last Night” hit the indie dance floors, modern music was consumed by boy bands and bloated stadium acts. Backed up by other memorable Velvets-style offerings, such as “The Modern Age”, “Someday” and “Hard to Explain”, Casablancas et al were the darlings of the critics and the true pioneers of the garage rock revival. Still holding on to a loyal following, an eagerly awaited and long overdue album is scheduled for 2010. (Conor O’Brien)