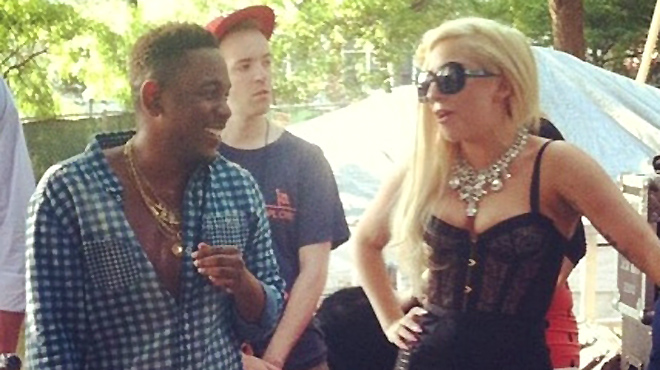 Lady Gaga finally released her collaboration with rapper and buddy Kendrick Lamar: “Bitch don’t kill my vibe“. Lamar wanted the track to be on his debut good kid, m.A.A.d. city, which is doing really good, but it didn’t work out. Gaga wanted to work with him, but the managers and the team were really working some funny business, so it couldn’t go down, she explained.

“When I collaborate with an artist I work solely with them, not with their camps or management. Its purely organic and creative. I love Kendrick dearly as a friend, but was not willing to compromise musically to the changes his team was making to my music.”

“This is why I am not [on] his record,” she explained. “I have a very specific vision as a producer and songwriter, and I always have. That song will be released at a different time, for a different project. I love you, and think you should check out his stuff because he is truly great. He’s a good kid, its just sometimes a mad city.”

But the demo is out now, it sounds pretty good, and that’s that.