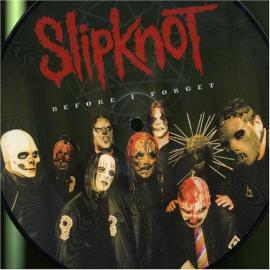 Let’s face it, rock it’s not living its best years yet; what’s more, it seems fewer and fewer bands with legendary potential are appearing with every year that passes, and if such a band appears, the odds are it splits right after they make it big. The biggest concerts are still held by the likes of Metallica and Maiden, everybody went mad over the AC/DC tickets, and face it, Led Zeppelin is was on everybody’s lips today. So where are the newcomers?!

Well, one things’ for sure, they’re here. They’re great musicians that release good albums, but for whatever reason it seems they can’t pass that barrier between great and epic. But hey, according to Slipknot drummer things aren’t quite so.

“They (fans) keep showing up, and it’s getting better and better every year,” Fehn said.

Also, he says there’s still a way to go before they reach their potential

“We haven’t even made our ‘Black’ record yet,” he adds, pointing at the infamous “Black album” Metallica released that crowned them. “Wait until we do that. It’s over, dude.” Well it’s a long run from being over dude, but still, if you believe in yourselves, that’s really great !! We would love to see him put his money right down with his words, and rock would be a better place, but then again, I think snowballs in volcanoes have better chances.