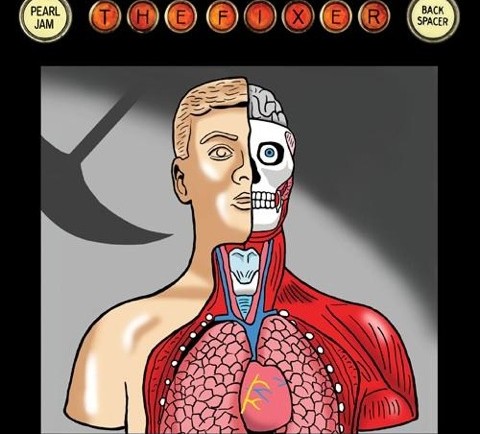 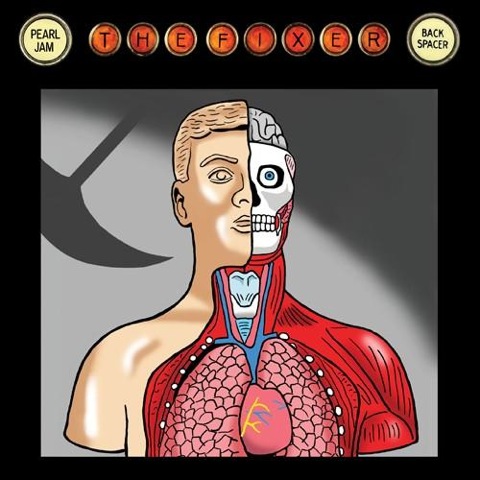 The first single off Pearl Jam‘s new, upcoming album “Backspacer” premiered on the radio waves yesterday and it’s already received an incredible amount of exposure. If you haven’t heard it yet, the single is streamed bellow via YouTube. I for one think it’s an awesome tune! It’s catchy, fun and Eddie is in top notch form. Personally, I’ve had enough of Iraqi wars, politics and gas prices Pearl Jam whining, and The Fixer does well to shine a bit of hope. Much in the same line as another song from Backspacer, the incredibly upbeat Get Some.

The 7″ single, along with its anatomy class cover, will drop commercially through the band’s official website on August 24, 2009, accompanied by the B-side “Supersonic”, also from the new album. A digital release will also be available. The new Pearl Jam album Backspacer will be out September 20th.