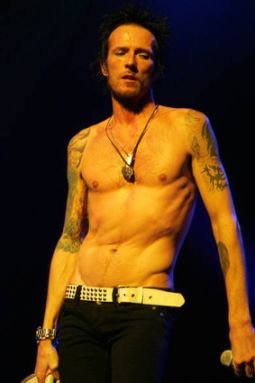 Just yesterday I was saddened but not surprised to see Velvet Revolver kicking Scott Weiland out of the band. They claim that his lifestyle was almost unbearable, complaining about trips to rehab and that kind of stuff; but it’s only fair that the man speaks up for himself. dished

Billboard reports that Weiland was very upset about the statement questioning his commitment to the group, when he said that the group was already dead, on March 20 in Glasgow. Weiland said of the band’s statement:

“I have to say it is a blatant and tired excuse to cover up the truth. The truth of the matter is that the band had not gotten along on multiple levels for some time.”
He continued: “On a musical level, there were moments of joy, inspiration, fun… at times, but let’s not forget the multiple trips to rehab every member of the band had taken (with the exception of one member, no need to mention his name).”

He’s on tour with STP (Stone Temple Pilots), and continues to fire against his former band. He says playing with STP is a big change from playing with “a handful of discontents who at one time used to call themselves a gang”. Now now, no need to get rude.