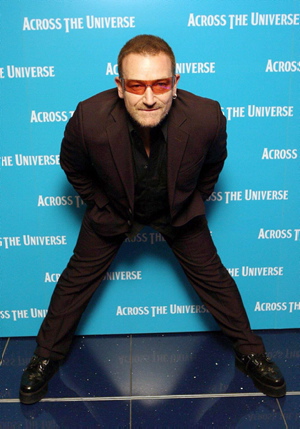 Things are not looking any better in Myanmar and a solution without help from the outside seems unlikely. But there are people who care about what the situation is outside of LA and other big cities.

[tag]Bono[/tag] says he had “slept uneasily” since seeing extraordinary photos and TV footage of the violence in Myanmar. After a month of mostly peaceful demonstrations against Myanmar’s military government the militaries opened fire and a big part of the Buddhist monks was beat.

“It is extraordinary to see the Buddhist monks, isn’t it? Their nonviolence may, I pray, win out over the ugliness of the situation,” the U2 frontman said at the London premiere of the new movie “Across the Universe.”. “There is jeopardy. I slept uneasily last night, and I’m sure everyone else that watched did, too,” he said. “How far are they going to have to go?”. He said that everyone should offer their support to the Burmese people.

The singer stated that he had met and corresponded with Aung San Suu Kyi, the pro-democracy leader of Myanmar’s opposition National League for Democracy Party. He said that the band had written a song about her.