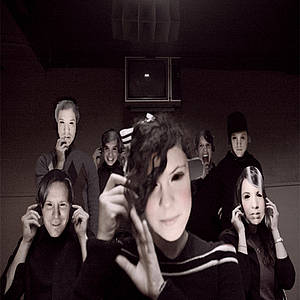 There are not so many things that are similar about Arcade Fire and LCD Soundsystem. They are an anthemic Montreal-based indie rock band whose dress and instrumentation is more Baroque and a dance punk outfit whose fusion of synthesizers and rock sensibility is unquestionably contemporary.

So the fact that they are doing something together may seem strange. But the two bands have proven unlikely friends and collaborators. They are currently touring together and that is probably going to please the indie blogosphere. They have also created a split seven-inch vinyl disc featuring a song from each group. They are selling it with the tour. The two bands first met several years ago in Europe.

“When I first heard about them, I didn’t pay attention to it, which I think happens to bands a lot – I’m sure it happens to my own band,” Murphy said by phone on his way to an ultimate fighting match. “It’s one of those things where you hear almost too much about something and you just presume ‘This isn’t going to be for me.”‘. But once Murphy finally listened to Arcade Fire’s sensational debut “Funeral,” he says it “grew on me enormously.”. The band members say that they wanted to do something together for a while. They have also talked about Murphy producing Arcade Fire’s sophomore album (“Neon Bible”), but the band’s long recording schedule made it impossible with Murphy’s own record to make.

“It’s very physical,” he explains of Arcade Fire’s music. “The way they play is very much about building energy – songs build and build and build. We do something very similar, but with a slightly different arsenal.”. “It’s not very often you tour with a band who has a glockenspiel,” laughs Murphy. But Murphy and Butler felt as much as the people who buy tickets to their concerts that joining their voices and styles creates a good way to spice up concert-playing. The sound they get is very good.