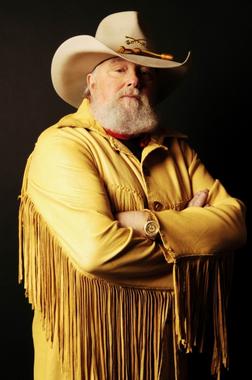 Well, Guitar Hero is back to haunt us again! It’s not enough that youtube is filled with kids playing Dragonforce tunes like gods, or that most kids would rather play guitar hero than a real guitar, now it’s even turned against the songwriters of the songs. Well actually, it seems songwriters have turned against the game.

Charlie Daniels, writer of the song ‘The Devil Went Down To Georgia’, has slammed the makers of ‘Guitar Hero III’ after the song was used in the game. The thing is he lost the copyright in a past settlement, but he has every right in the world to be upset. As a matter of fact, he publicly said that he would have refused permission for the song to be used if he had the power, claiming that the “very essence” of the song had been “violated”.

He explained on his blog:

“The song, ‘The Devil Went Down To Georgia’, which I wrote, is supposed to be a lighthearted novelty about a fiddling contest between a country boy and the devil and the devil always loses. “I would never grant permission for some company to create a video game version of a song I wrote in which the devil wins a contest.”

Sounds pretty fair, especially since in the game the players are being challenged by a devil character. He also took a blow at the morals of the game (yeah, c’mon Charlie, do you actually think there’s something ethical about Guitar Hero?):

“And I would like to pass along a little advice to parents of young children. This game looks innocent enough but if you have a child who is playing it, take the time to sit with him or her while they’re playing along and take a serious look at the images on the screen.”