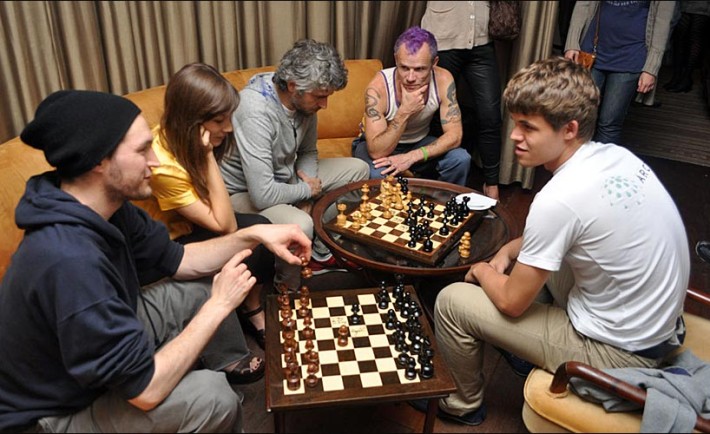 Well to be honest, this is not quite news, as it happened about a year ago, but even searching, I couldn’t find any English media coverage about this – except for a Norwegian newspaper. So after a half an hour talk with a friend of mine who studies in Norway and a hefty chunk of Google Translate, I managed to figure out what was happening. 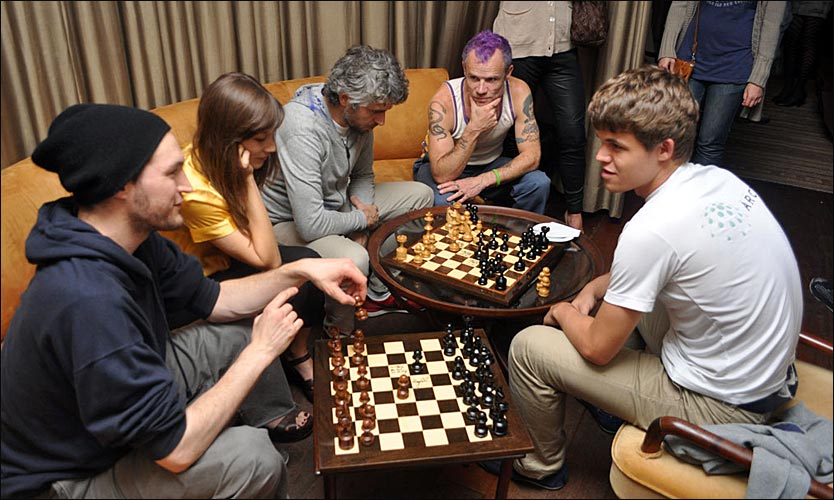 As it turns out, they’re quite decent players. Carlsen played with each of them and then all of them, simultaneously; however, he always takes things seriously so as you can probably guessed, he knocked the bejeebers out of them. The only contest was to see who lasted the longest. But Carlsen then explained they played a really great game, explaining he was truly surprised by Flea, who’s really creative (who would have guessed, huh?). So hey, next time someone picks on you cause you play chess, you know what to throw back. 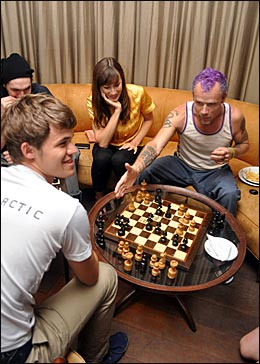