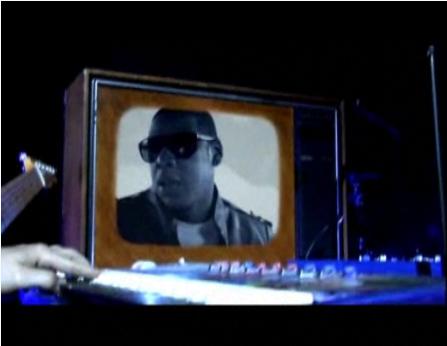 I’ve already talked a bit about Coldplay‘s “Lost+” remix by Jay-Z, back sometime in October. Like I said before, it isn’t anything too extravagant, like Jay-Z’s ‘Encore’ with Linkin Park, but rather something just different – a well received diversification.

The video for Lost+ just came out a few hours ago and frankly, on this department, it’s not at all impressive. What they did was just adding some Jay-Z pseudo-cameos (in a TV-set…), over Coldplay’s live video of “Lost.” So low budget.