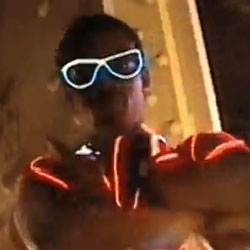 Rye Rye‘s latest collaboration with M.I.A. is the explosive single “Bang,” a thrilling roller coaster ride of a song. The video isn’t any lower either, featuring non-stop amazing dancing, with some moves sure to twist some heads (check out the finale moves!).

Rye Rye’s debut album is yet to be released, but if the material it’s packing is half as good as Bang and Tic Toc, we’re in for an ace LP.