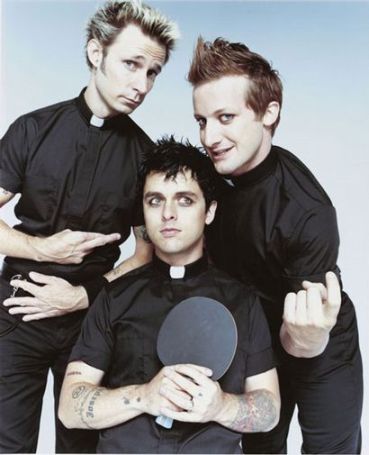 In some cases, some bands would rather play in disguise, either as a marketing plan, either because they really want to make something special without being drawed back by some disadvantages of celebrity. Recently there has been a lot of fuss around such a band.

A band strongly rumoured to be Green Day in disguise are set to release their debut single. Most people claim it’s obvious they are Green Day because of the guitar work as well as vocals; they were also suspected because it’s not the first time they moonlighted under a different name, as in 2003 they were revealed to be behind masked new wave The Network.

Now they’ve released some new material also in the same style Green Day said they wanted to sing, so the facts keep gathering up. We hope they’ll end these rumours, because this doesn’t make it more attarctive, at least for me.

Anyway, what does matter is that no matter who they are, they sound great! Punk is in a state of disarray, and the punk music scene needs good acts, undercover or not. So just sing, dudes!