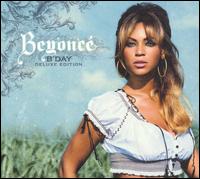 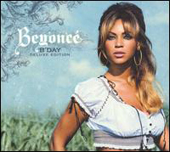 Everything the singer touches turns to gold thanks to her talent and already experience. But behind her albums and shows there is a careful strategy and just about every move she makes is a tactical one. This is the music industry and we must live with that.In the second solo album released by Beyoncé we can clearly notice that.

The single the late-’70s-funk-inspired “Deja Vu,” was catchy; not like Crazy in Love catchy as it lacked some tenacity. So its stay at the top of the charts was relatively brief, so clearly there was evidence of some drop-off there. But no problems as Ring the Alarm was the next that quickly followed and it was just the mediatical shift that the album had lacked. It is an an angered, atonal, and out-of-character song with an accompanying video. It also leaved a lot of talk about the autobiographical character. The artist claimed that she was channeling her Dreamgirls character. So nothing could be more desirable now than something that is not even close to that as there the listeners are a bit saturated.

So B’day isn’t even close to that. The artist is not vulnerable and lacks elegance in the album. It shows another side of the singer and it is an elaborate ploy to transform Beyoncé into an underdog. That is not so natural and the management takes over the music again. The music is more than ok just the influences are a bit strange. In the track Kitty Kat which is like a rainbow the sounds which are more like claws-out dismissals and in Upgrade U there is a lot of potency as Beyoncé wears and buys the pants while making her proposition sound more like empowerment than emasculation.

The album is not desperate or weak. After seven months after the album was originally released, Columbia put together a two-disc deluxe edition, adding five largely inconsequential songs to the album proper, while re-sequencing the track list and tacking on a bonus disc that amounts to a Spanish mini-album. The bad thing is that the people who bought the original release have every right to be upset