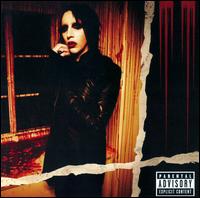 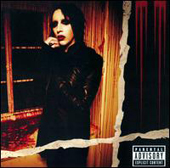 The artist first showed himself as a transgressive force but after a lifetime crafting a persona as a rock & roll boogeyman it may be a surprise that he can get away with the eternally adolescent behavior. His music has changed in a bad way and while it is not mainstream it is safe to say that it is comfortably predictable.There was an urge for something that would stur up the spirit. That muse was Evan Rachel Wood, the blandly pretty star of Thirteen who provided MM with a brand-new muse for Eat Me, Drink Me, his sixth studio album.

He proves to be faithful to rock & roll mythos and the post-divorce confessional album is not the best thing he could think of but it is an interesting portrait of Manson at the cusp of middle-age and he shows the first sings of melancholy.

He wrote about himself but also about grand concepts which is typical for him and he made things a bit more interesting by peppering this album with songs about broken relationships and new love. The lyrics are great and they give a strange and fascinating aura to both the album and the singer but the musical side is not spectacular. His signatures are there but he is not so dangerous and the sound is not so penetrating as it used to be.

It is an album about him as he is the grand concept and from the liberal appropriations of Diamond Dogs to the cheerful immersion in dirges and his tuneless vampire drone covers every theme that could be covered.He seems like the eternal teenager, unwilling and unable to grow up and the album is a bit lazy and it rests in his cabaret for comfort even with some parodies. No more taking everything and turning it into shreds and no more taking everything to the edge. Tracks like If I Was Your Vampire, You and Me and the Devil Makes 3 and They Said That Hell’s Not Hot would be great but they lack some wit. Intriguing album that shows a portrait of Manson which is the least visceral or compelling he’s ever been.