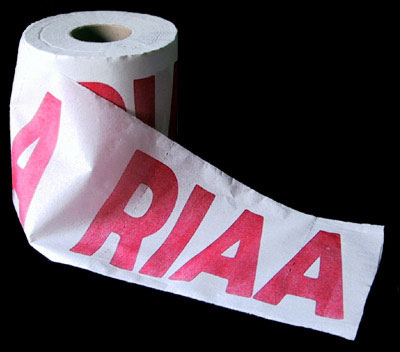 Despite the fact that at the end of 2007 Radiohead released with much hype one of the decade’s musical milestones In Rainbows, all for free on the band’s website, it seems like the ghost of the RIAA is still here to haunt us. The latest attack on file sharing is addressed to bloggers that posted in parts or integral the In Rainbows album, even though the record is probably most known for its innovative free download release. As such, the Recording Industry Association of America (RIAA) and International Federation of the Phonographic Industry (IFPI) are now targeting sites that provide the songs for free.

Torrentfreak covered the issue more extensively, reporting that two cease-and-desist notices, dated September 2009 and January 2010 have been filled to Google, the owner of the blogspot.com service, in which the RIAA and IFPI cited hundreds of blogs sharing material by U2, the Doors, Aretha Franklin, Radiohead and many more. “These recordings are owned by one of our member companies and have not been authorised for this kind of use,” claimed the RIAA, which represents major US labels. The IFPI, an international recording industry lobby group, asked for “immediate assistance in stopping this unauthorized activity”.

Concerning the other names, it’s pretty clear that the RIAA has every right to shut down bloggers who illegally supply music, but what about Radiohead? How does the band feel about these latest actions addressed at bloggers who have wholeheartedly supported them in the past? Unfortunately, although the band’s liberal intentions all well known and transparent, it’s not up to them anymore. Money and labels dictate everything in the music industry.

It’s important to not that In Rainbows is NO LONGER FREE, a for a pretty long time. Actually it made some big money too, probably more than it would’ve had if released in conventional circumstances. Just consider the band sold 100,000 delux £40 boxsets, 1.8mil CDs, besides the “pay what you want” donations that were politely asked for the downloads (in the millions), which most people, being fans of the band as well as supporters of their cause, have gladly turned. Moreover, the whole “pay what you want” deal was only available between October to December 2007, as In Rainbows is now available for digital purchase from iTunes for £7.99.

I, for one, am very curious to hear an official statement from behalf of the band, because this whole thing smells fishy.