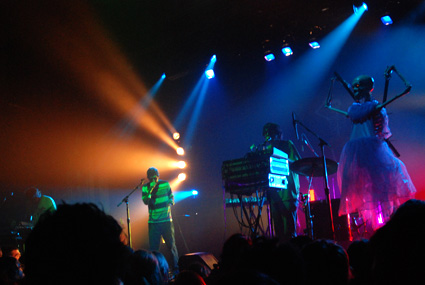 Last night Animal Collective played a set in D.C.’s 9:30 club, where they simply rocked the sold out crowd. On top of that, fans had the chance to hear in first audition a new AC song, going by the working title of “Bleed.” One can plainly see it’s still a very raw version, but even so the track impresses through its sophisticated sound layers and trippy vocals by Panda and Geologist. Check it out bellow – big kudos to GorillavsBear for the MP3. Check out more AC tour dates at the band’s myspace.