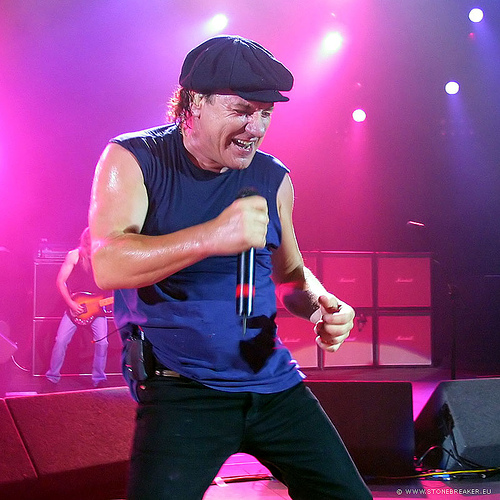 The Aussie hard rock veterans, AC/DC, have just finished mapping the first North American leg of their upcoming massive tour, in preparation for the much anticipated “Black Ice” album. The band is set to get onboard the rock train immediately after Black Ice gets out, as Brian Johnson and co. will first salute those about to rock in Wilkes-Barre, Pennsylvania on October 28th, after calling it a wrap on December 18th in Charlotte, NC. Along the way, the band has plotted a two-night stand at NYC’s Madison Square Garden for November 12th and 13th and a trip to the Forum in Los Angeles on December 6th. AC/DC will then invade South America, Asia and Europe before returning to the U.S. for a run through stadiums in summer of 2009. Tickets go on sale September 20th. “Black Ice” gets out October 21st.

This could just be the band’s last tour…ever, so I’d suggest you buy those tickets first chance you get, if the band goes to a venue near you. I know I’m gonna try my best to catch them somewhere in Europe. North American tour dates, right after the jump.