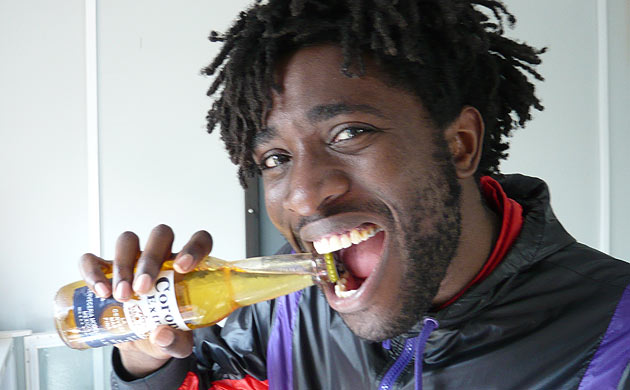 Although Bloc Party still is on a indefinite hiatus, that doesn’t seem to stop the band’s frontman from expressing himself though a debut solo album. So it has it Kele Okereke, or just Kele as he decided to sign himself, will release “The Boxer“, his solo debut, on June 21 in the UK and June 22 in the U.S via Wichita/Polydor and Glassnote.

Okereke recorded the album mainly in New York with producer Alex Epton, aka XXXchange, the Brooklyn-based musician who has crafted the sound of Philly hip hop outfit Spank Rock.

Talking about his upcoming solo effort, Kele stated in a recent press release that “the key for the sound of the record was to take things as harsh and as physical as I could make it. The reason for going there was that these are the sounds that make me the happiest in the world.” More clearly, we’ll most likely have a dance record on our hands.

“I’ve been into clubbing for years. I’ve said from the beginning I’m into dance, it gets me excited and I think this record is going to go some way to prove that to people, hopefully,” said Kele.

Check out The Boxer tracklist and Kele’s upcoming solo summer tour dates right after the jump.