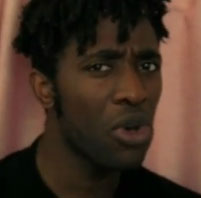 Last year’s “Intimacy” didn’t really cut it for me, being way too blunt and really unattractive by all means. Not even the following remix version didn’t manage to deliver something positive, although I usually find remixes to work well on more modest releases.

Surprisingly, something like a week ago, the band premiered a new single, right out of the blue, called “One More Chance” – a catchy song with a lot of hooks and bouncy piano keys. Thought Bloc Party played art rock, not house music , though. Not to bash on the single or anything, it actually sounds fine, but I’m not entirely convinced these recent changes in style are all to healthy for the band.

The video was released today and … emmmh. Nothing either interesting or visually stimulating, just a multi-perspective story of various persons wanting a second chance, with the promise of “this time will be different” marked in their eyes. One More Chance gets out August 10 via via Wichita Recordings. [via The Music Slut]