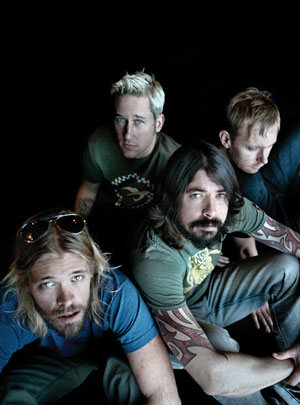 After releasing their latest album, ‘Echoes, silence, patience & grace’ now they’ve launched a world tour to help promote. In fact they are already on the road and they’re hitting the Forum in Inglewood, California in the next two days.

The band will be off to Canada, Japan, Australia and then Europe for most of the spring before returning July 9th in Seattle to start their summer dates. The past year has been quite good for them as they won big at both Grammies and Brit awards, and their album sold. You could even say that they’re a great contendent at the biggest modern rock band.

Here’s what Nate Mendel has to say about the setlist, and other things:

“Probably the songs people know. There probably won’t be a lot of surprises there. It’s only six, we’ve got six albums, well we have exactly six albums, so it will probably be a bit from each period of the band. If we do a twenty song set, it’ll probably be a handful of songs from the new record, four or five.”