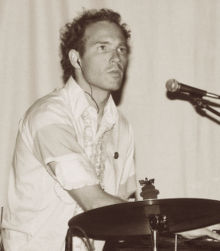 Daniel Snaith and his synth pop project [tag]Caribou[/tag] are set to kick off their North American tour, this very night (28 September). The tour will see Dan and co. playing through out Canda and the states every day for two months, until they reach Daniel’s hometown of Toronto, Canada.

Also Caribous, during gigs, have been selling their latest “2007 Tour EP,” featuring a 30 minute epic mix by Daniel and 6 exclusive tracks. Tracklist for Tour EP and North American trek dates after the jump.