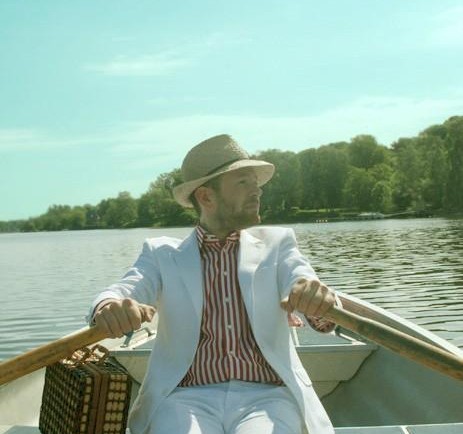 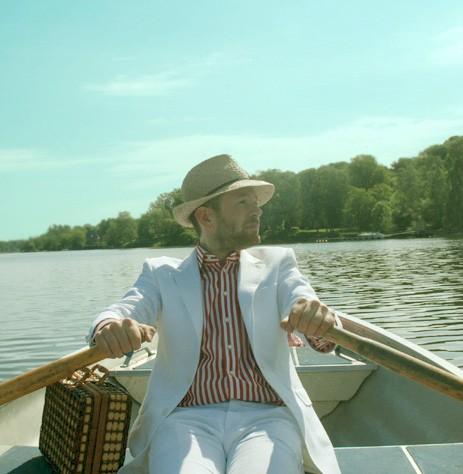 Make yourselves a favour, and before starting to read this article, go to JJ’s MySpace and listen to his songs while reading the following interview. They’re really good pop songs. Just as You! like them. And while listening, go through this article and read about his music, his future plans, when he plans on releasing his next album and so many more, including his hot party track list and his favourite bands.

Zme: „If we just want to” is of course my first interest. I don’t stand alone when I say that it is one of the most beautiful pop songs of the last few years. What’s the story behind it?

JJ: Well, it’s no secret that most people have both ups and downs. At this point of time I had had quite a few downs. But then I went for a walk in the spring sun with a dear friend of mine and after that everything just started to come around and change for me. A short time after that I celebrated my birthday with a picnic in the sun with wine and other good stuff together with the previously mentioned friend. The song is really just about two great days in my life…

Zme: You mentioned a quite ironical „yes” when answering the MySpace „Influences” question. Would you please elaborate on that?

JJ: I’m not good at irony. I don’t really understand it and I seldom use it, mostly because I don’t understand it. So it was not really ironical at all. I just didn’t know what to put there. So I answered that question as truthfully as I could: with a simple yes, I do have influences. I could have listed some bands or artists. Or be overly pretentiuos and claim I’m influenced by people, the wind or whatever. But that would be to easy for me. Or rather it would not really be correct at all. Sure, you might have heard it before. Sure, you can find similarities to other artists. But that’s not what influences me to do music. Not at all. It’s way more complex than that. So the correct answer is: yes. But it could also be: love.

Zme: You’ve released your last album in 2006. When can we expect to see the next one? Even though you have released a couple of singles too, I think that a second album should be expected and strongly hope that you are planing on doing that. Are your recording it already? Is it finished? Just tell us a bit about this endeavour.

JJ: Yes! Your hopes have been fulfilled! The new album is called Have I ever told you I love you? And it will in fact be released at the end of the summer. In August/september actually. It’s all recorded and I’m mixing and finishing it as I write these lines.. You can expect brilliance and grandeur beyond compare. The tunes are beautiful pop songs dressed in a grand and magnificent costume. I play most of the instruments myself but I have also teamed up with fantastic musicans too. There will be orchestral strings and horns, timpani, bells and grand piano.

Zme: Please try to describe what you look for when listening to a pop song? What makes it a good song? What are the things that make it mediocre? A special guitar sound? A mix of instruments? Etc.

JJ: There are three things I generally look for when listening to a new song: the melody, the sound and the lyrics (or the voice of the singer). That’s about it.

Zme: Please mention 10 other indie pop/rock bands you like listening to when you’re at home, relaxing, working, doing chores, etc. Also, please mention a couple of other genres you enjoy hearing, because I’m sure there are quite a few.

JJ: Tough question. It may sound pretentiuos (not that I mind) but I don’t really categorize music by genre. Actually, if the song has a good melody I refer to it as pop music even though others might refer to it as hip-hop, death metal, twee, dub or whatever. But I could tell you two genres I don’t enjoy listening too at all: reagge and pan flute music. It gives me shivers down the spine…

When at home I usually listen to music I’ve already heard before. I mostly listen to new music on my Ipod riding the bike or a train. But here’s a few bands I like to listen to when I do the dishes:

Zme: Let’s imagine the perfect party: mention 10 tracks you always want to hear, in order for the party to be a successful one:

JJ: I find these questions hard to answer.. But then again, if it’s a good party I’d probably want to dance my shoes off. So here’s 10 songs I like to dance to.

Zme: Who would you love to tour with? Mention 5 other indie pop/rock bands you’d like to see next to your name on a festival print advertisement. And let’s make it a little harder: you are not allowed to pick names from questions 4 and 5 and they have to be either British or Americans ! But you can ignore time frames and you can pick bands even though they might not be singing/touring anymore:

Zme: Where do you fiind yourself when considering other swedish indie pop bands? Is there a clear similarity or is your style completely different? Are there any bands from Sweden you enjoy listening to very much? Do they influence you?

JJ: I listen to a lot of Swedish bands and artists. Here’s a few of them: Hello Saferide, Robot, Monster & maskiner, Firefox AK, Kent, Jay-Jay Johansson, Little Big Adventure, Koop, Anna Ternheim and Marit Bergman just to name a few. If there is some similarity, I guess you have to ask someone else really. I’m too blind to say.

Zme: Any shows coming up? A tour around Europe? Attending some summer music festivals this year? Somewhere close to Romania maybe?

JJ: Honestly, I have no idea! I’m too busy finishing the new album. I have a booking agency. I’ll talk to them and ask them what’s up!

Zme: Tell us more about your latest released single „Looking at you is like looking at the sun”. Is it a piece of a future album? Give us a gist of its story. I picture it to be the perfect song for an old movie. It sounds so postmodern and it’s so close to a pastiche, using nostalgia to go back to the past. Or is it just me?

JJ: Yes, it is the first single form the upcoming album. And it’s free for download on my website too! The story? It’s just a wonderful lovely dumb love song. You know, we only have like one and a half months of summer in Sweden. So when the sun comes out and the weather is fine it’s almost impossible to not to fall in love.  About the sound. I really like the sound of an old swing orchestra and that’s what I had in mind when I produced and recorded this song. And I wanted to make the sound wide and big so I added strings too. The result: absolutely gorgeous!

Zme: Thank you very much for doing this interview for us and I look forward to hearing from you soon!

JJ: Why, thank you. Let’s hope that I can come by Romania some day!