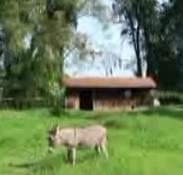 It took a year after Merriweather Post Pavilion’s release for my favorite track off the album “Brothersport” to finally get a video. When I first sampled the album I was certain this feel good jam will get its video released around the booming summer, where it’s best suited, but I guess I can’t complain. Later is better than never, even though the winter chilly vibe doesn’t suit the song at all. Check out the very colorful Jack Kubizne directed video for Animal Collective bellow.